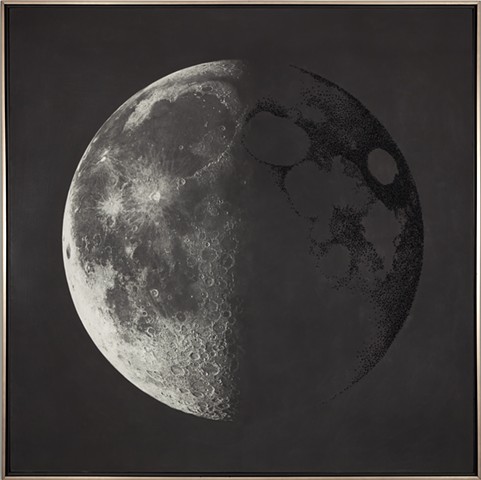 Absence and Presence
graphite and hand-sewn beads on linen
58" x 58: 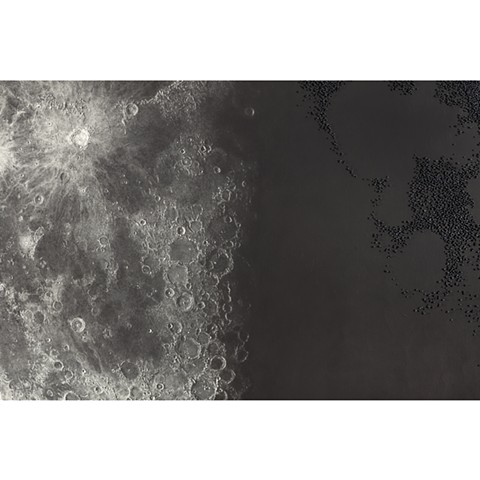 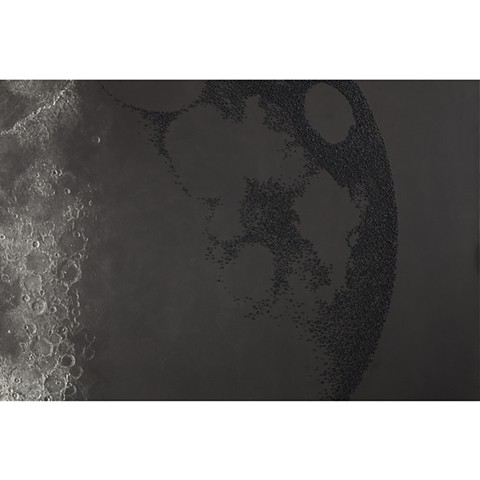 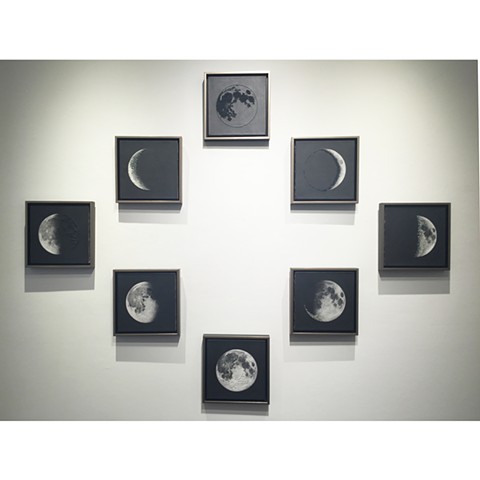 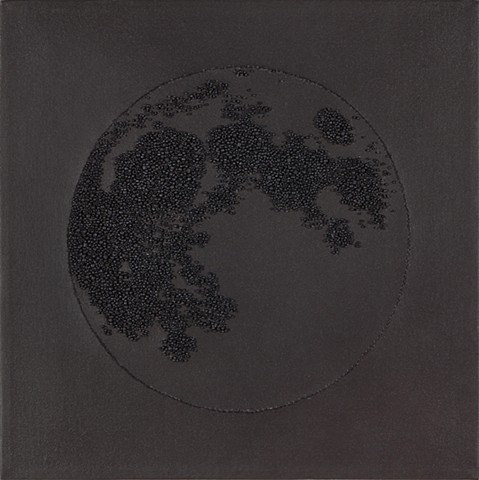 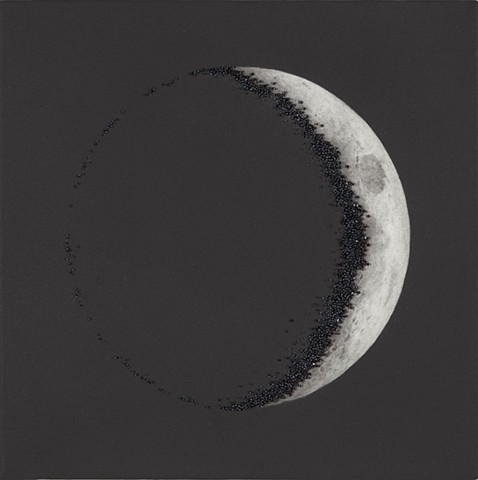 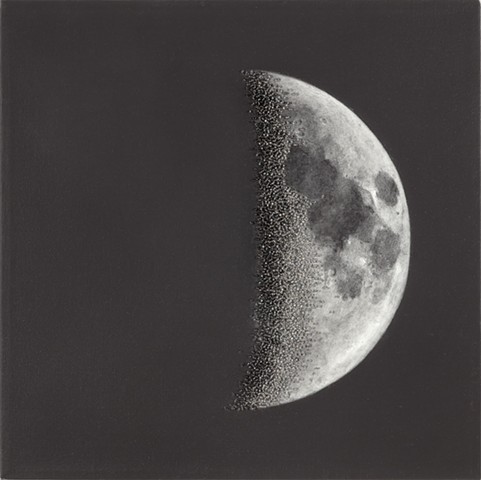 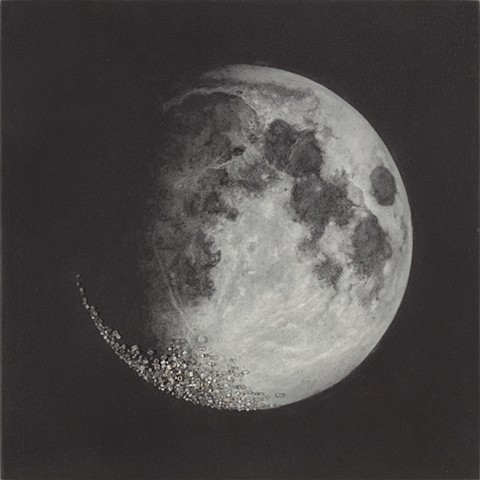 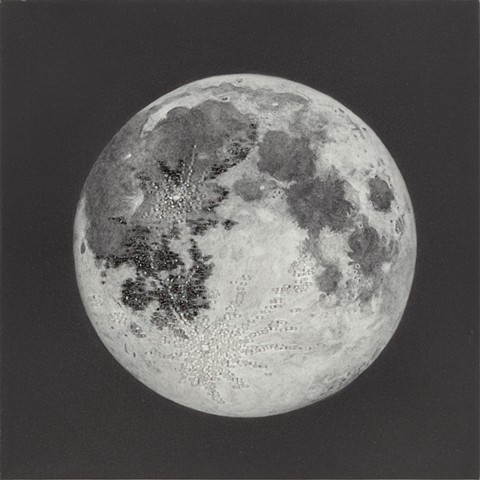 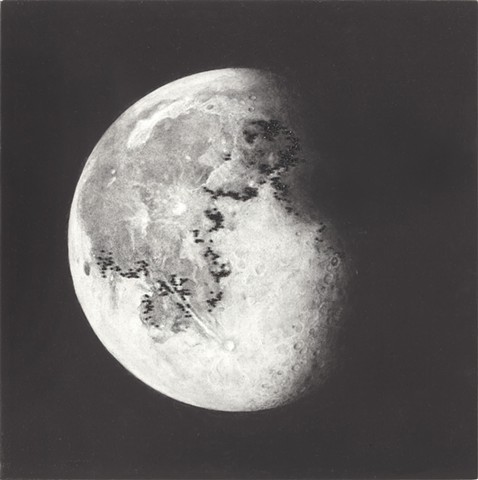 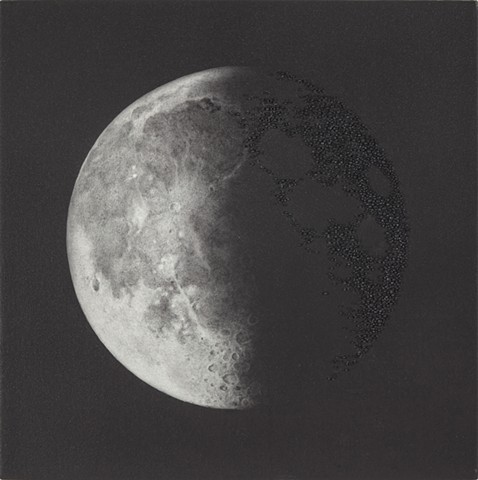 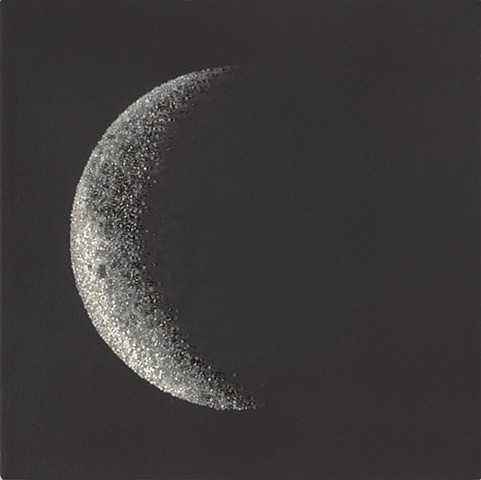 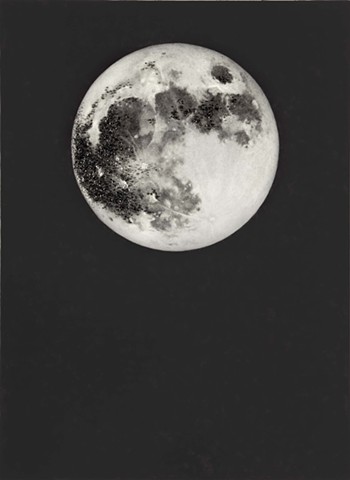 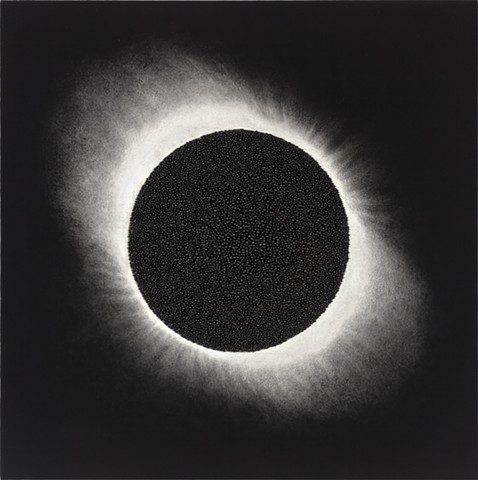 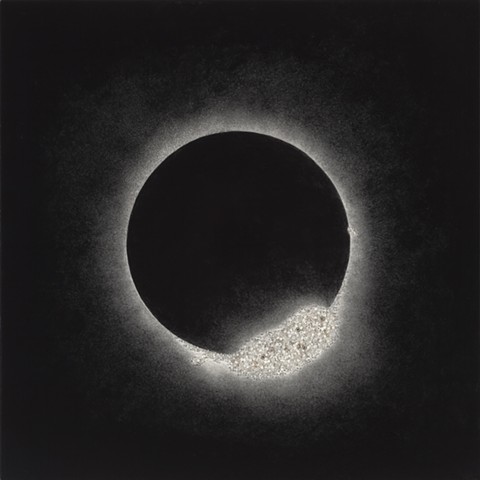 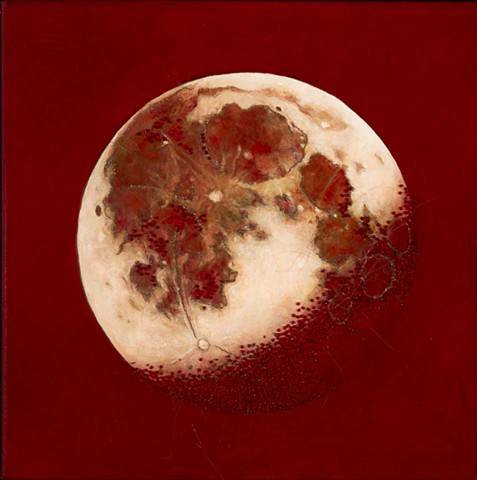 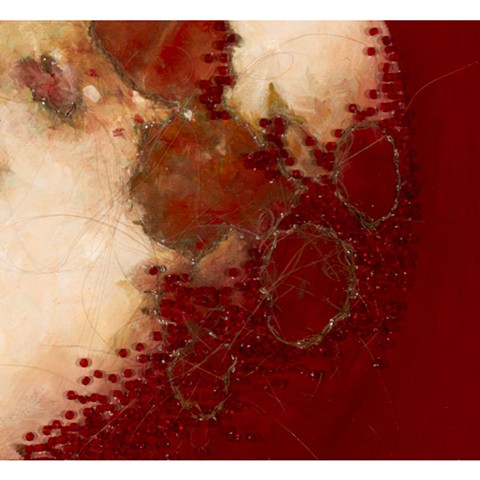 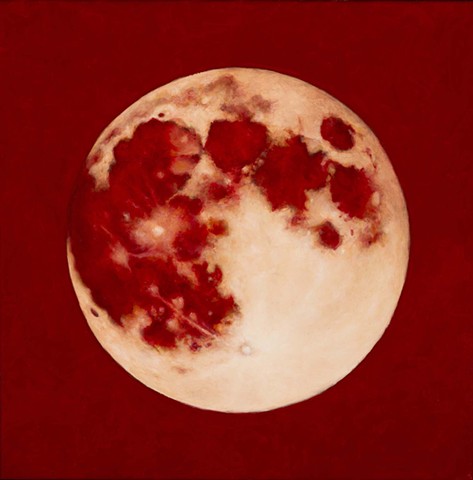 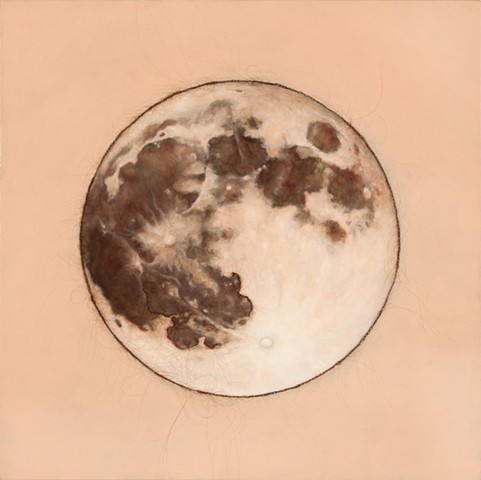 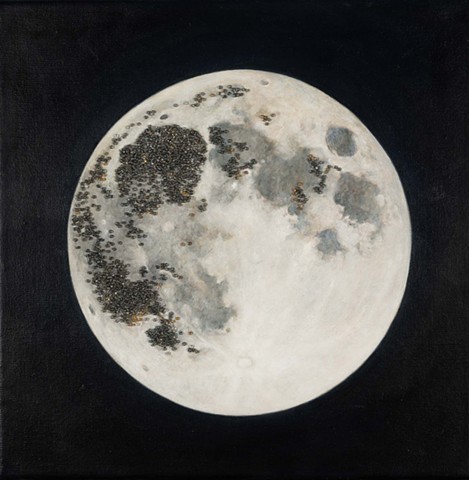 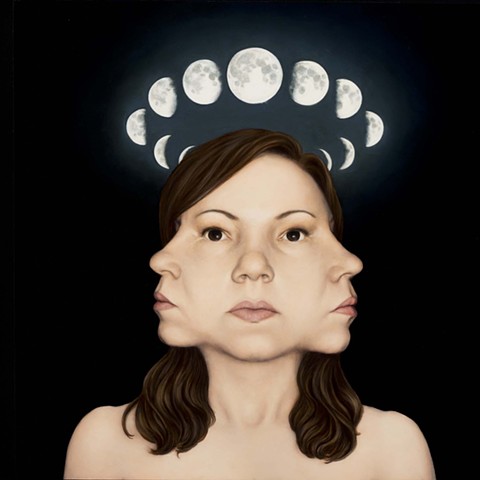 "Absence and Presence", a 2015 show at Jonathan Ferrara Gallery My use of the moon as a subject in my new work began as an extension of the mythology-based images of my most recent work. But instead of using the image as part of a larger allegory, I decided to use color and texture to explore the mystical and cultural connections we have to this heavenly body. In the oil paintings, the two Blood Moons and Flesh Moon, I wanted to make the connection between the moon and the body, and the moon and the feminine. The surface of the moon is rendered to look like flesh, pink and wet, with craters that look like wounds and birthmarks. Hair sewn onto the surface furthers the connection to the body (re-write here) In my moon cycle series, rendered in graphite on primed linen, I chose 8 phases to represent the full lunar month. The moon grows, diminishes, dies, and then is reborn. Here, my interest lies in how that repeating pattern relates to the cycles in our own lives— in the grand scale of human history, in an individual’s life and death, and especially in the small endings and beginnings in everyday life. Hope and anticipation can be found in the young, growing moon, and loss, longing and fear as the moon wanes. I am particularly interested how endings bring about new beginnings. The dark moon is called a new moon, so the completion of the cycle is really a birth. In each individual moon, I used hand-sewn beads to play with the tension between the light and shadow. Shiny beads reflect light back to the viewer, much like the moon, whose glow is dependent on an outside source. Positive and negative spaces are given equal attention. Dark, light-absorbing matte beads define craters and shapes on the shadowed side in an almost obsessive attempt to remember and recreate what is lost. Postive and negative spaces are given equal attention, as is the border between the two. Absence and presence. Both are vital to the mystical nature of the moon.